Daybe's Thoughts on The New Jason Isbell Record, Without Research 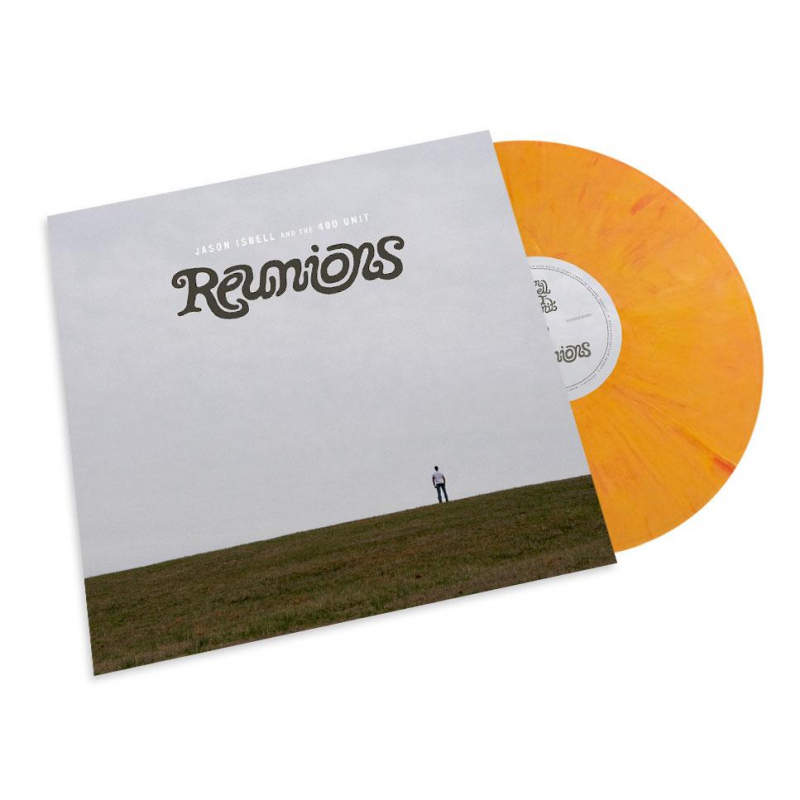 H/T to Mr. Thoughts on The Dead

I wanted to like this album. Well, at first I was wary, but by the time they FINALLY released it, after holding it for 8 weeks during national quarantine, the whole time which the record had been finished, mastered and pressed, I had talked myself into wanting to like it.

I have a friend who hates slow music. This isn’t the thing where I’m “asking for a friend.” She really says “even fast songs that are actually slow music are terrible.”

About 86% of the time I 100% agree with her. This is where we get to the heart of my problem with Jason Isbell solo records.

This is boring music.

I get it, it’s Poignant. Keep mining the purity of the south with a gothic twist. Tell me again how sobriety is hard.

Either that or have the courage to be a drunken buffoon – which makes you poetic.

Overall this is a boring samey-sounding album, and I would argue his second misstep in terms of music that I’ll return to, after The Nashville Sound, which is a fucking snoozer.

After his dig in the press about Ryan Adams, I learned that there is a song on The Nashville Sound called “Chaos and Clothes” which is about Ryan Adams. I had to look up the song and listen to it upon hearing the title, because I didn’t have any recollection of having heard it.

It’s not a good song.

Or a remarkable song.

Despite being about a guy he’s obviously obsessed with, amirite?

I do like the line about “Death Metal T Shirts” though.

Be better if it was The Eagles of Death Metal.

Or All Night Drug Prowling Wolves.

You were doing a good job of keeping this on track

That’s not fair. You barely mention Yoko Tammy in your song by song review bit you stole from Thoughts on The Dead after Chrid and Chaz made fun of you.

Released to much fanfare and press ogling.

So much press ogling that I got caught up and started to ogle.

In politics there’s The Full Russert.

“Pay attention to this one Southern guy who let’s you in on the jokes we tell about our neighbors?”

You’re such a dick

I didn’t love any of the songs I heard that were released as a teaser. I thought they were all pretty meh, for pretty much the same reasons.

They weren’t terrible but they also led me to not pre-order the album.

I pre-ordered it but you heard it before me!

Shoulda ordered it from an Indie™ Record Store, from the approved list of Stores Tammy Likes

Shouldn’t the label be treated the same way? It’s direct from them. No Middleman. More change to jingle in the coin purse between her tits!

Quiet you. I still haven’t listened. Sorry they changed the rules on my halfway through not releasing their album. They sure weren’t in a hurry.

It’s a slower pace of life down here, Gar.

It’s not about MONEY, MAAAAANNN! They’re supporting indie shops. The Plandemic is wreaking havoc on the economy, and we gotta save the dudes who made enough in banking during the last crisis to open over priced record stores to sell hipster douchebags like us vinyl copies of stuff we used to own on CD.

I’m losing patience. You told me you had “some thoughts” on the new record. I accused you of having a weird obsession, to show me you don’t you stole an idea we gave you about a dumb blog…

I only listened to three of the four songs released before the full record was put out.

I didn’t listen to Only Children. Keep reading – I guess I still haven’t.

The other day, in the run up to the release, I flashed to a long forgotten review of Wilco’s “Summerteeth” from the time it was released that said something to the effect of “Jeff Tweedy still thinks repeating the name of the same over and over is a good stand in for a real chorus”

The same might be said for Jason Isbell on Reunions

What Have I Done to Help?

This song was written after reading the Mr. Rogers anecdote “Look to the helpers too many times”

This is better than I thought

The lyrics are better than I thought

Did they make the vinyl orange because of this song?

Or is it called dreamsicle because they wanted Orange vinyl?

This is very dangerously close to being a Cracker Barrel country song.

Did granddaddy take you fishin?

I forgot to write anything down here

The sound is interesting at first

Are we sure this isn’t produced by Ryan Adams?

Still just repeating the name of the song as the chorus

OK he’s some kind of rich guy who did bad things to get money?

But tries to take care of his people?

Not the worst song on here

Is there a Spanish guitar undertone?

“Wake up staring at my wife”à Fiddle Lick is either self-awareness or a complete lack of awareness about Yoko Tammy.

I’m gonna go with B, because say what you will about them, he is very dedicated to her and that’s nice to see. Especially after she offered to by McAllan for his not quite relapse so he didn’t have to drink Listerine.

What Have I Done to Help Redux?

Morphs into that 80s/Springsteen/DRA sound

Is this in a higher key than it should be? Is that what they call it? I’m not a musician

WAY TOO SLOW. I heard him talk about this on Koppelman, so I was prepared for it  to be slow. But it’s like not slow enough to be a dirge. Maybe they shoulda made it a dirge?

Nails that folk singer thing where it’s like mumbly and then clear tho.

So this doesn’t ring true to my experience

DON’T MAKE IT ABOUT YOU

Who dreams about anything twice a week?

What adult remembers their dreams?

It’s for effect, you dummy!

OH, well, the effect it had on me is “I guess I was never an actual alcoholic. Maybe I’m just a real partier?”

This gets to the heart of my question about mining sobriety for too much?

Sometimes in reviews and in our terrible internet meme-based culture you have to stake out one side and die on that hill.

She was gonna be an English teacher before the rack job.

Oh yeah, I don’t hate this song, or any song on this album

I tried very hard to set the bar low, figuring it might surprise me

Then I read reviews and interviews.

The one where he talks about over producing his first album really got to you didn’t it? Celebrities – they’re try hards just like us!

And a Great Musician

For getting cleaned up

And doesn’t do much for me

I cued it up again, trying to focus on the sound on my second run through.

Ya know The Vibe? The thing that you can’t put your finger on that makes a thing a thing.

Anyway, my mind drifted to seeing him in concert again.

The setting was definitely more Lyric Theater than MPAC.

The crowd was a lot of selvage denim, beards and elaborate barbershop hair cuts. Work boots, but like, $250 work boots. Belt buckles.

Like you’d dress if you were 4 inches shorter and had muscle tone?

You’re not my real dad!

A lot of dudes with their eyes closed, singing along to these songs like they’re hymns. Drinking in the “depth” of Saint Isbell.

House lights are down. Stage lighting is just a spot on him

Did you notice I barely mentioned her in the review? She really takes a step back here, IMO.

She don’t gotta apologize for them titties!

GET BACK TO THE FAKE SHOW YOU CONJURED UP, YOU DUNCE

Right after he sings “It gets easier”

He says “But it never gets easy!” and the house lights come up, and his voice goes up 3 notches in volume, and the stoned dads (some of whom are sipping 1-3 canned IPAs) cheer.

There’s another song on here

Oh yeah, the bro country sounding joint about his daughter?

I actually like this and give it a pass for being a cheesy dad song.

If I still drank, I’d cue this up and get weepy!

You just said you don’t think about drinking!

I said I don’t DREAM about drinking!

You are so fucking awful

The cadence. The flow of the song.

Jesus you do this all the time

Remember the time you got blotto at Springsteen and insisted that American Land was the same as The Georgia Tech fight song?

We know, you sang it the whole way home

I was dreaming about drinking!

God you’re a dick, but I’m going to let that one pass before this ends up being 5000 words

Why does a Dawg know the words to Rambling Wreck?

(this sounds weirdly like Seven Years in Michigan in parts)

(the fiddle really ads something)

(Super 8 is still his best song) 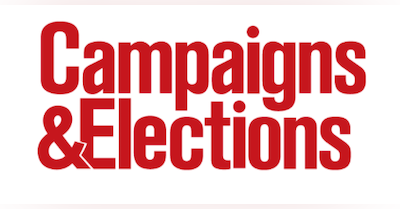 Click Here to Read The Review In Full aka "This Isn't A Recipe Blog So Spare Me Your Life Story, Ya Hump!" Recently, The Chairman partnered with Campaig… 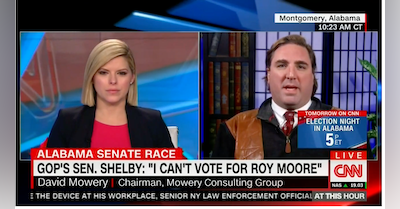 Supercut of The Chairman's TV appearances

Rumor has it, there will be more to come in June and into the fall, so here's a 45 minute clip of Dave waxing poetic and stunting on Ruhhhh Muuuuhhhhh. …